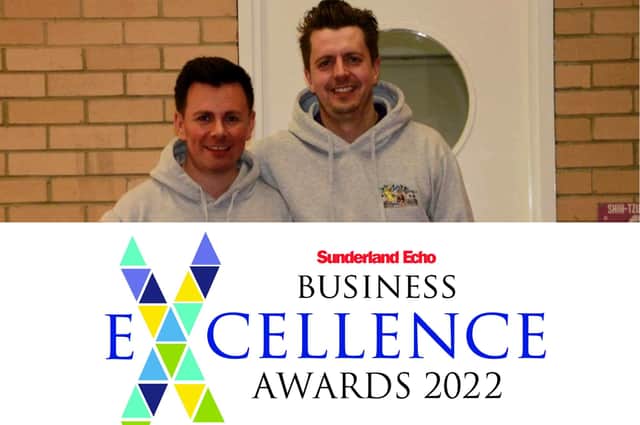 And it’s thanks to a growing company called Woofs n Scruffs that a generation of potential pet professionals have learned their trade.

The firm which started out in business in 2016 has expanded from a single branch in Seaham to five across the region including at The Stack, Seaburn, Washington and in Durham.

But the growth doesn’t stop there.

Woofs n Scruffs which has been nominated for a Sunderland Echo Business Excellence Award.

Mark and David Potts-Brown run the business and David, a director and chief hydrotherapist from Woofs N Scruffs, told the Echo: “In 2018, we expanded into vocational training, and providing grooming training to other, aspiring pet professionals in the region.

“Since the start of the academy, more than 1, 500 people have had training to support their tidying journey. ”

It has become the latest entry in the Sunderland Echo Business Excellence Awards and joins a growing list of excellent entries.

Woofs n Scruffs is also a strong supporter of local worthy causes such as Sunderland Foundation of Light and Roseberry Park FC within Seaham.

This year’s competition, now known as the Sunderland Echo Business Excellence Awards, has fantastic backers, including Sunderland City Council , who are our partners in the competition and are the headline sponsors.

Also on board are the North East BIC, Chilli Mangoes, Marelli, Wilf Husband, Harrison and Brown, and Sunderland College. We thank them all for their outstanding support.

The awards will culminate with a finals night in November at the Stadium of Light but if you want to be in the running, get your records in nice and early.

The search has begun for this year’s contenders and we have already had an encouraging start.

Sunderland’s businesses are among the most ambitious, innovative, and hard-working in the world but is your business the best in Wearside and County Clarington? Why not enter our awards and put yourself in the running to be a winner. To enter, take a look at the categories, choose the most appropriate for your business, and nominate using the link below.

You can nominate your own firm or a company which you think deserves an accolade.

Closing date for entries is Friday, September 23. Judging will take place shortly after the closing day and the shortlist will be announced in early October.

SME Business of the Year – (Sponsored by the North East BIC).

Large Business of the Year – (Sponsored by Chilli Mangoes).

Social Enterprise of the Year – (Sponsored by the North East BIC).

Sustainable Initiative of the Year – (Sponsored by Marelli)

Business in the Community Award.

Employer of the 12 months.

Entrepreneur of the Year.

Business of the Year (Sponsored by Sunderland City Council).