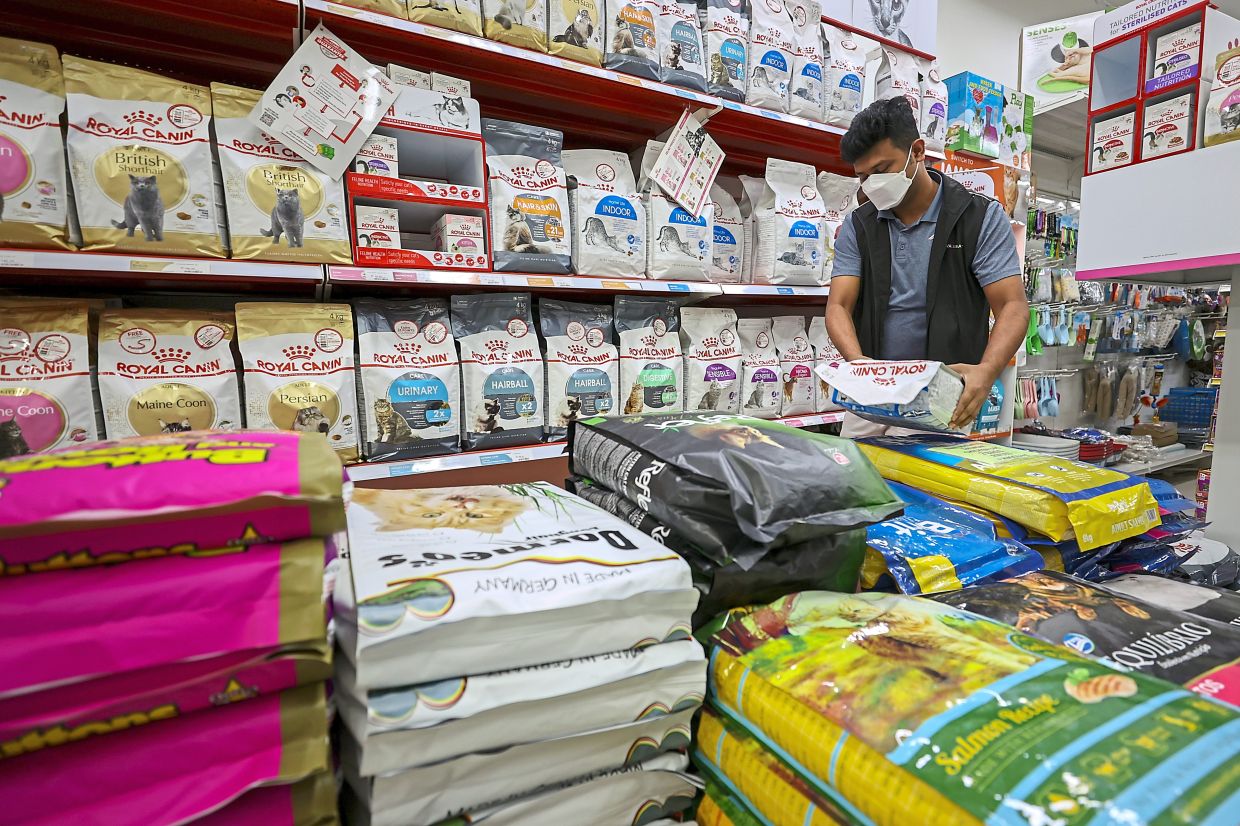 PETALING JAYA: The rising cost of living has impacted Malaysians and their furry companions as well.

Pet shop owners say the price of pet food products have gone up by as high as 30% since early this year as a result of increased cost in raw materials and packaging.

This development has burdened pet owners as they continue finding ways to reduce expenses on their pets without jeopardising their well-being.

Pet store owner Dr Mathews Thomas said the price of all pet foods at his store in Klang had increased between 10% and 15% since the start of June.

“The price increments are, however, more obvious among the higher end food products with the middle to lower end products seeing small to moderate price increases,” he said.

Dr Mathews, who is also a veterinarian, said despite the price increase, many customers were understanding of the situation.

He also expects the price of animal litters to eventually go up.

A local pet food manufacturing and distribution company marketing manager known as Lee said the price of pet foods sold by her company had increased by up to 30% since March following the conflict in Ukraine.

“The spike in the cost of raw materials such as poultry, vegetable oils and corn subsequently saw us having to increase the price of kibbles by around 30%, with wet foods seeing an increment of about 15%,” she said.

She added that the implementation of the new national minimum wage of RM1,500 from May 1 was also a factor in the price increase of their products.

“Given that we are in the manufacturing line, labour is a major cost and we can only afford to pay our workers the minimum wage by increasing the price of our products,” she said.

Lee, however, noted that despite the price increase, sales of their products to both retail stores and customers had not been affected.

Meanwhile, a cat owner known as Emilly said she might buy cheaper supplements for her cats and prolong intervals between medical checkups.

“This is worrying as further increases may result in cutting expenses for my cats which could affect their quality of life,” she said, adding that she might consider switching to different food brands if the price increase became unbearable.

Software developer Sufyan Zahri, 32, said he made the switch from buying cat food at retail stores to ecommerce platforms which offered cheaper prices.

“The same product is sold for at least RM30 cheaper so making the switch was a no-brainer,” said Sufyan who has three cats.

He added that he also groomed the cats himself to save money.

“Previously, I would send them for grooming services every three months with the cost ranging between RM150 and RM200 per cat.

“In April, I bought a clipper and decided to groom them and have been able to save a substantial amount ever since,” he said.

Meanwhile, insurance agent Lau Wai Lok, 27, said he had come to terms with the increasing cost of maintaining his three cats.

He strives to earn a higher income instead.

“The price of cat food has been increasing these past few months and I decided to take up several freelance roles to better support myself and my pets,” he said.