Of those who host: Label of pet parent comes with bunch of responsibilities – The New Indian Express 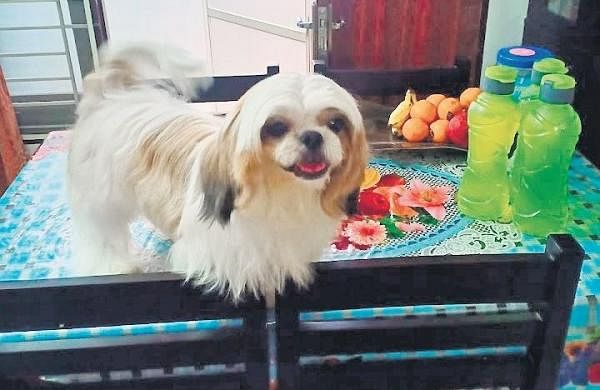 CHENNAI: The label of a pet parent comes with a bunch of responsibilities. Some might continue to exist in that label for namesake, while some might wear it with pride and allow the pet to be a salient part of their lives. In this realm of added obligations, to support the growing pet population came about pet boarding services.

The customer conflict
However , in these organisations, awareness has not seen the same growth as the number of pets. Veronica Browning, the owner of Veronica’s Happy Pets, says, “Responsibility of the pet owners starts with getting a dog. Right from the vaccination, their fundamental needs of shelter, food and water should be met. Some won’t look after the pet after the initial month.

They treat it as a toy instead of treating it as another living being with a soul. ” With parents shirking responsibility, cases of carelessness around pets with ticks, rashes or other diseases are not uncommon either as witnessed by Mohan Kumar, owner of Prema’s Pet Grooming & Boarding Center.

“Many leave pets who have such conditions. Since we have a rule of checking the animal’s health before admitting, we (have to) ensure their own safety. We check if they are vaccinated and are free from ticks or rashes, ” he says.

Struggles with customers are certainly not limited to poor hygiene when pet boarding centres have also seen disregard to the extent of abandonment. Veronica found herself in a dilemma when a family left their two dogs at her organisation during the pandemic.

“I had to take care of them till I found another family for them, ” she states. Another proprietor, Srilatha of Bristle Tails shares her experiences with impractical customers.

“They don’t understand our efforts and bargain with us to provide next-level services at a cheap rate. They ask for video calls and force us to feed the pets multiple times a day. They also put a lot of expectations on their pet plus hope for it to behave in a certain way immediately after the grooming sessions, without being compassionate towards it, ” she says.

Other struggles
Most pet boarding owners are also passionate pet lovers. Thus, they find difficulty in employing staff who meet their demands.

Mohan explains, “Getting people to work in this field is tough as only pet lovers, people working in the pet grooming field, assistants of veterinary doctors and so on can take this up. Veronica, who runs her boarding single-handedly with support from her husband, strictly says no to employing people as only a few are dedicated. The rising electricity bills, the rental charges and the complaints from the neighbours make us select places a little far away from apartments or residential areas, ” says Srilatha.

Cultivating hope
Arun Prasanna, animal activist and founder of People for Cattle in India, says, “The facilities offered by the pet boarding services in the city are often below par when compared to other cities like Bengaluru. Even in animal shelters, they can accommodate a very limited number of animals. ”

To save the system, small changes should be brought in. Veronica fosters stray dogs on her own. She saves the abandoned puppies and helps them find a new homes. She also urges people to donate food. Arun, through his NGO, works to promote animal welfare.

Their project, Magic Collars, provides stray cattle and dogs with reflective collars for drivers to identify them at night and prevent accidents. “The Animal corporation and the Government can collaborate to do better campaigns, ” he concludes.