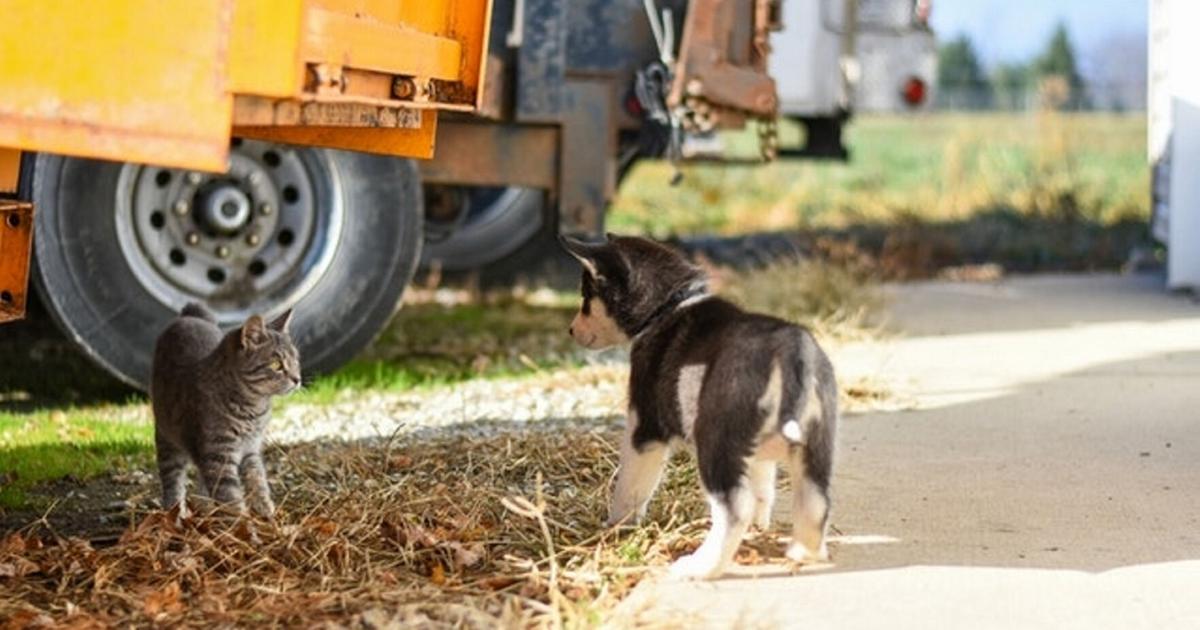 We’re a pet nation, and a new survey is here to tell us where we stand:

“I think there are clandestine cat lovers that aren’t admitting it in every state,” said Shaffer, who owns MeWow Cafe. She also said it’s a myth that cats are a female-preferred pet.

Like other cat cafes, MeWow gets its felines from a rescue — Kitty Junction of Horsham — and all are available for adoption. People pay $10 for a 25-minute visit with the cats, which goes toward their support. Since MeWow opened in 2019, it’s helped 379 cats find homes.

“There is something about the way a cat looks at you,” she said. “There’s something so soothing about that purring, and they do look at you with complete adoration in their eyes. Then they do that slow blink.”

At the Cat Nook Cafe in Norwood, Pa., about 90% of visitors just come to spend time with cats, not adopt, manager Lisa Walker said. Also a dog lover, Walker said cats have a certain allure.

“They do keep you guessing, but when they are receptive to your affection, it’s unlimited,” she said. “You kind of have to work for their trust,” she added, “and I think that makes the relationship more rewarding in the end.”

Jon Coutts and his wife have eight cats on their small farm in Kintersville, Pa. — one barn cat, two fosters, and five pet cats. He grew up with dogs, but he’s become a cat convert.

Carlo Siracusa, a veterinary behaviorist and associate professor with the University of Pennsylvania School of Veterinary Medicine, said both dogs and cats form attachments to humans.

“For example, for a long time, we thought that cats were not developing separation anxiety, but now we know that they do,” Siracusa said.

In addition, he said, there is evidence that cats use more vocalization, like meowing, around humans. But there are differences between how the two species express attachment, the behaviorist said.

Dogs are social animals — think wolf packs — that have been socialized to be dependent on people and to interact with us. Cats’ ancestral background is different.

“Cats, even when they are social with another individual, tend to keep some distance, but it doesn’t mean that the bond is weak,” Siracusa said.

As much as cats may love their belly rubs and ear scratches, their message after a point is ‘I am a cat, and I need my interpersonal space.’”

Dog culture and dog people are another story.

“They treat their dogs like their children, all of our customers. They really do,” said Mike Sinko, co-owner of Villa La Paws Pet Resort and Spa in Maple Shade. “We’re part of their extended family because we take care of them while mom and dad are at work or on vacation.”

Dogs outnumber cats at Halo House Animal Resorts in Franklinville and Sicklerville, and when the pooches stay over, many owners choose to pay extra for services like cuddle time, storybook time, and ice cream, operating manager Gail Olson said.

Many pet owners at both Halo House and Villa La Paws take advantage of the facilities’ pet cams to view their furry friends while they are at work or on vacation.

But Olson said it’s more often their dog people who get upset when they don’t see their canine on camera.

“At my salon at least, it doesn’t matter the price. People will pay to spoil their dog, especially in an area like Cherry Hill,” she said.

Billie McClintock and her husband, Thomas, treat their beagles, Benny and Jet, to a monthly basic grooming at Villa La Paws where the dogs go to doggy day-care a few days a week.

Billie is a church business administrator, and Thomas, a retired postal worker, works part-time for Holman Automotive. Billie enjoys watching the beagles’ antics via pet cam. But the real deal is what the dogs add to the couple’s lives.

“The boys just bring us so much love and drive us crazy, and as seniors, they do keep us active,” she said. “They make me get up more than I have to. They keep us going.”

Of course, the states aren’t monoliths when it comes to pet loyalty. Cat-partial Pennsylvania has loads of canine devotees. Look at Philadelphia’s well-used neighborhood dog parks. And doggy New Jersey’s many feline lovers have been known to flock to its cat cafes, like PURRsonal Space, a Palmyra cat lounge.

Some cats, for example, have been known to play fetch and stroll on leashes.

When Ralph Casciato of Merchantville was looking for a dog several years ago, he went to a rescue. He met about five dogs but none seemed right. Last was a 9-month-old beagle-hound mix. She seemed meek. Casciato was leery.

“Then she just jumped in my lap, and she was so gentle and soft and sweet,” Casciato said. “I was like, ‘OK, I think this is going to work.’”

A massage therapist who works from home, he’s with Liza a lot. But she will choose to spend time on her own, coming to visit him when she feels like it.

“She’s surprisingly independent,” Casciato said. “She’s a little like a cat in that regard.”

The feeling, of course, is mutual. After all, Liza is his dog.

As an Amazon Associate I earn from qualifying purchases.