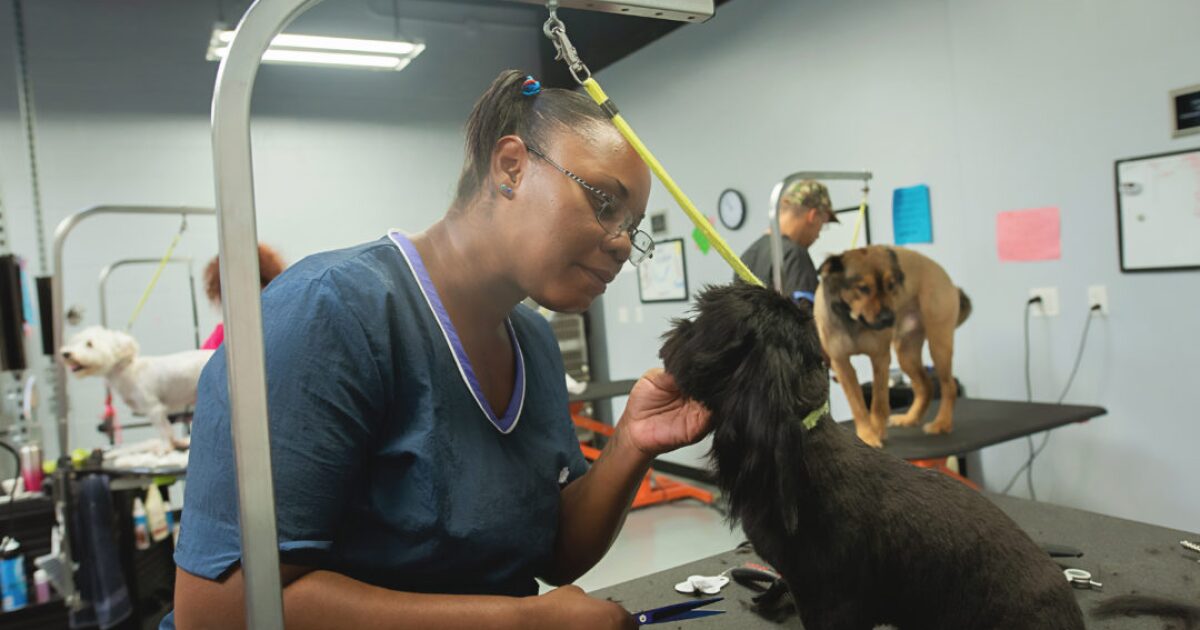 Many people entering the program have high school diplomas—or no diploma at all.

Amanda McIntyre is an alumna of The Grooming Project. Now, she’s opened her own salon, “Classy Canines, ” in Independence, Missouri.

Amanda faced challenges early on, including a battle with addiction. She credits much of her success to the program.

“I thank Natasha every day that she brought this to Kansas City, because without her I’d still be lost. And without the program, I’d probably be dead, ” McIntyre said.

Now, after six years of operation, the Grooming Project has outgrown its facilities.

Kirsch, the project’s executive director, has launched an $8. 5-million fundraising campaign for a new space, located at 58th and Troost. The fundraiser, named “Expand Prosperity, ” will help renovate a dilapidated building near the current school.

The new location will provide staff with space and privacy. Additionally , the expansion will more than double the number of families served each year; triple the number of dogs groomed daily, vastly reducing appointment wait times; and allow for doggie day care services.