In Pet Grooming, a Growing Business and a Competitive Landscape – The New York Times 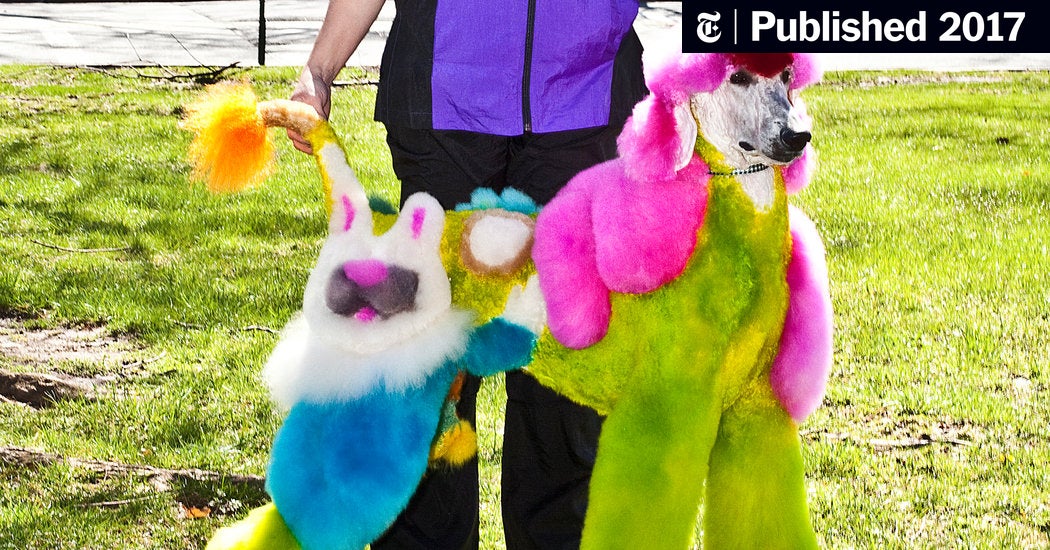 SECAUCUS, N.J. — Midcareer changes are not uncommon on Wall Street, but when Tania Isenstein quit her job at Goldman Sachs in 2012, her family and friends were shocked by what path she opted for instead: pet care.

“I just couldn’t get myself out of bed in the morning,” she recalled of the job burnout she felt, 17 years into a career as a lawyer for the investment bank.

So she bought Camp Canine, a struggling pet care business on the street where she lived on the Upper West Side of Manhattan and where she had taken her own dog.

Many owners and workers in the pet care sector describe similar feelings, realizing that working with animals, and getting a creative outlet in the process, is their true calling. And, when it comes to pet groomers in particular, their number is growing.

Americans will spend $5.4 billion on pet boarding and grooming services this year, according to the American Pet Products Manufacturers Association, an industry group. The Bureau of Labor Statistics estimates that the job category that includes pet groomers will grow 11 percent through 2023, faster than the average growth for the economy as a whole. The agency cited an increase in households that have pets and turnover that makes room for newer workers.

The field is not for everyone. Schools such as the New York-based American Academy of Pet Grooming charge about $5,000 for basic grooming lessons, which can take nine months, depending on how quickly students fulfill the classroom hours requirement, or more than $6,500 for more advanced grooming techniques. In 2015, non-farm-animal caretakers, the job category that includes pet groomers, earned a median salary of $21,010.

According to Juliet Jordan, the director of the American Academy of Pet Grooming, a grooming school, the job is flexible and portable. Someone handling several dogs a day at $70 each — slightly below the going rate in New York of about $95 — is going to make more than the median salary, she said.

Ms. Jordan said she quit her job at a debt collection firm 13 years ago to become a groomer and hasn’t looked back: “It changed my whole life.”

But while some groomers have transitioned into the job, others have been training for it for years.

Her day job involves pet grooming at the Manhattan Downtown Doghouse in Chelsea, where she is sought out by owners and handlers preparing pups for the Westminster Kennel Club Dog Show, the country’s best-known canine competition.

Ms. Murphy, who charges from $150 to $180 for a house call, specializes in cocker spaniels, poodles and Bedlington terriers, and recently ranked first in a contest at Intergroom, an annual trade show in New Jersey.

Ms. Murphy had attended art school in Cincinnati, but said she quickly realized there were limited job opportunities with a degree in the arts. Instead, she said, “I channeled my medium of choice into sculpting dog fur.”

Intergroom is co-owned by Christine DeFilippo.

Ms. DeFilippo, a pet groomer from Massachusetts, got into the industry as a “fluke” after a career as a surgical dental assistant. She was looking for something new to do, and ended up buying a friend’s grooming salon after a year of training. That was 40 years ago.

Trade shows — there are now several a year around the country — are where quasi-celebrity groomers like Ms. Murphy show off their competitive chops. The prize money may not be huge — $1,500 was the top prize at the four-day Intergroom event last month in Secaucus, N.J. — but the publicity can help a business and the participants say the contests can be fun.

A popular contest category at the Secaucus event was “creative,” where groomers dyed pets with safe, bright colors and groomed their fur into temporary sculptures of cartoon characters or mythical beasts.

Adriane Pope and Cindy Oliver, friends on the competition circuit, said they each spent 20 to 40 hours preparing their poodles over two or more weeks for the competition. The process involved copious amounts of spray paint, canine hair spray, and a dab here or there of Elmer’s glue.

“The prize money isn’t enough to cover the dye,” Ms. Pope said, preparing her vividly multicolored poodle to be transformed into an Alice in Wonderland tableau, featuring a purple Cheshire Cat and the Johnny Depp version of the Mad Hatter.

She said she became a groomer in 1992 after “flunking out of nursing school,” and then opened her own mobile grooming business, Adriane’s Groom and Go, in 1994. She also owns a bed-and-breakfast for dogs — Rivertown Bed and Biscuit in Conway, S.C. — and enters four to six competitions a year, she said.

Ms. Oliver was working on a 1980s-themed design for her dog, including depictions of the movie alien E.T. and the television character Alf, as well as Strawberry Shortcake and a Care Bear. The E.T. image had a Christmas tree light illuminating his heart and his index finger — the one he used to point to the sky when he wanted to “phone home.”

She has been a groomer for 21 years and owns Rollin’ Doghouse Mobile Pet Grooming in Cleveland, Tenn., where she lives. She won the creative category at last year’s Intergroom competition with a safari-themed dog.

In the recent competition, eight groomers brought their dogs out to the exhibition hall shortly after lunch for final touches. The animals stood calmly on tables as their groomers spray-dyed final details, trimmed fur and made artistic adjustments. Then the judging began.

The $1,500 top prize (and a trophy and ribbon) went to another past winner, Angela Kumpe, for her homage to Rocky Mountain National Park. The poodle’s fur was molded and sculpted into a mountain lion, an elk and a bighorn sheep.

Ms. Kumpe, a hunting enthusiast from Little Rock, Ark., who owns a salon called Angela’s Grooming, said the dye work alone took six to eight hours, doing it in sections and one leg at a time so the dog didn’t have to sit around too long at any one spell.

But the dogs don’t stay fancy for long, and as soon as the contest was over, most groomers were planning to give their pets a bath.

“The minute I let go of him, he ruins it immediately,” Ms. Kumpe said. “He rolls around, the hair spray goes away.”

“They are dogs after all.”