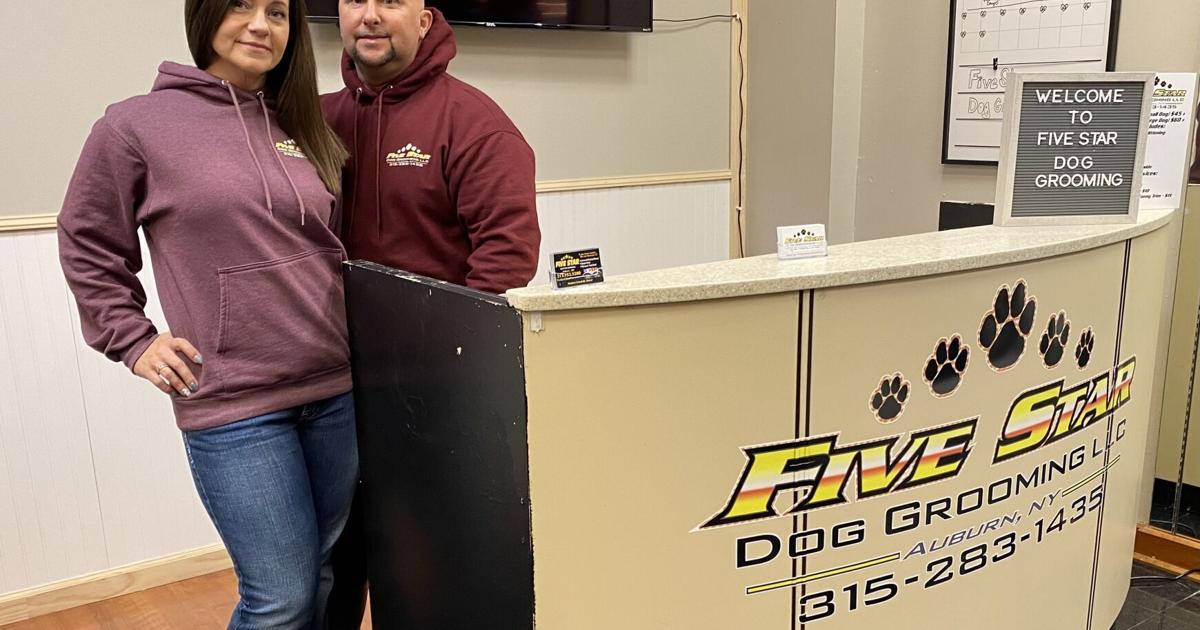 A new dog grooming business has opened in Fingerlakes Mall, and its owners know a thing or two about making things look orderly.

Five Star Dog Grooming opened Jan. 10 at the Aurelius shopping center. Located in the former Regis Salon, near the food court, the business is owned by Cortney and Stephen Crisafulli, of Five Star Clutter Removal & Dumpster Rentals. It is currently open by appointment only Mondays through Fridays.

The Crisafullis, of Fleming, bought the business from Meaghan Cologgi, of Muddy Paws Grooming in Sennett, who has been training Cortney how to make dogs look their best.

Stephen told The Citizen he and Cortney started the business because she wanted a new career after 17 years of working for the state Office for People With Developmental Disabilities, where she continues to work. They are the only employees at the business, but he said they hope to add staff as it grows.

The business offers shampoo and conditioning, hair cutting or trimming, blow-drying, brushing, ear cleaning, scent treatment and ear hair plucking as part of its full-service packages for large and small dogs, as well as nail trimming, buffing and polishing, tooth brushing and “face, feet and fanny trims” as a la carte options.

The Crisafullis have two dogs themselves, a Doberman pinscher named Vito and a Yorkshire Terrier named Gianna.

“She loves working with animals,” Stephen said of his wife. “She likes to make the dogs look and feel their best.”

WHEN: Open by appointment only Mondays through Fridays

Get the latest local business news delivered FREE to your inbox weekly.