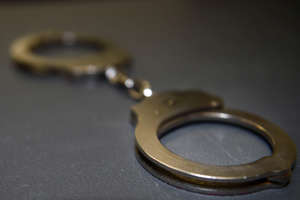 Phillip Dallmann was the executive director of the non-profit and would withdraw funds from the organization’s bank account for his personal use from at least 2018 to 2021, according to court documents.

“As alleged, Philip Dallmann spent years exploiting his position of trust to line his own pockets with donor funds intended to enrich the lives of children, ” U. S. Attorney Damian Williams said. “He also stole for years from his wife’s family, and when he was caught, he claimed he did so in part to help cover the organization’s costs.   Dallmann now faces federal charges for this double deception. ”

Around 2019, the non-profit started receiving overdraft notices from the bank which Dallmann claimed was because the bank lost donor checks. After the organization switched banks, Dallmann continued to embezzle money, stealing about $98, 000, officials said.

Dallmann was also married to a teacher at the organization who he stole money through too. In 2020, Dallmann’s wife found out that he had stolen credit cards which belonged to her father, which she was an authorized user on, and used them to make multiple purchases totaling more than $143, 000, authorities stated.

His lies continued after he stated he used his wife’s credit cards to cover operational expenses for the non-profit. Dallmann even impersonated the organization’s treasurer by email to negotiate repayments to his wife, fraudulently agreeing to pay his wife $30, 000 through the organization.

Dallmann used the funds from the organization’s bank accounts to pay for services like pet grooming, food delivery, restaurants, groceries, alcohol, clothing, shoes, transportation, ESPN Plus and Netflix subscriptions, Amazon orders and wedding photography services. He also withdrew thousands of dollars in cash from the accounts.

Authorities arrested Dallmann in Detroit, Washington and charged him with wire fraud, access device fraud and aggravated identity theft. If convicted, Dallmann faces up to 20 years in prison.