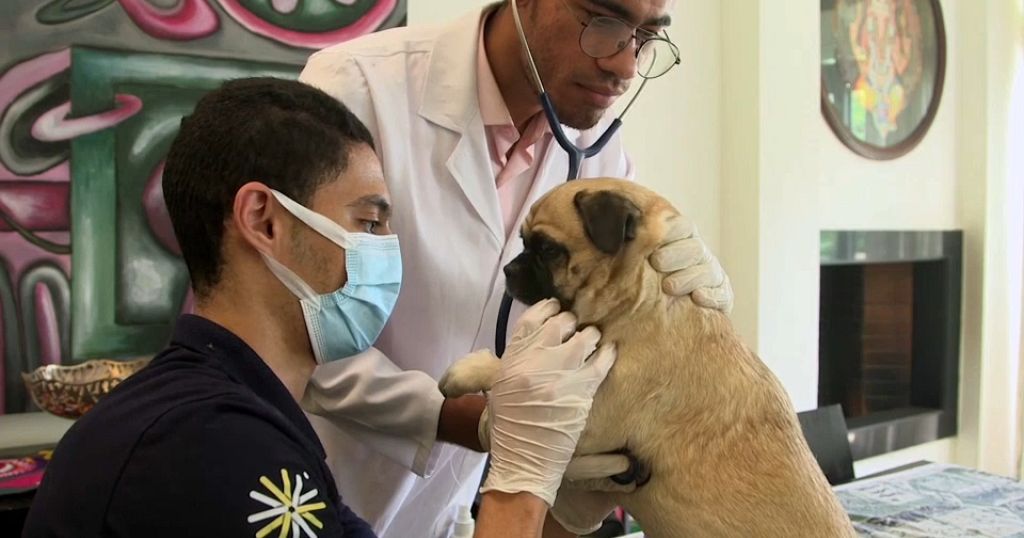 Her dogs are counted among a total of 12, 000 pets served by Vetwork, a three-year-old Egyptian start up that connects pet parents with vets to arrange home visits.

“For someone like myself who works long hours, it is good to have a service like Vetwork in Egypt, ” Ramy says.

“I always need an easy and quick way to find a trustworthy vet who can examine my pets at home, in their own territory. I also need someone to remind me of their vaccination dates and any pet care needs. ”

Since its launch the start up has received the backing of Egyptian and Saudi investors and has raised more than $1 million in funding.

The company also operates in Saudi Arabia and the United Arab Emirates.

Through its application (app) and online platform, the company has secured a total of 400 veterinary service providers and has around 38, 000 pets on its books in all three countries, according to Azzouny.

“We started at a good time, ” says Azzouny, the company’s founder and CEO.

“We launched the business in 2019. In 2020, pet ownership began to rise because of COVID and the influence of what we watch online. In movies, you see protagonists owning pets. Also, on the internet influencers always have pets and we get influenced by that. ”

Vetwork is one of several pet care related businesses that have recently begun to emerge within Egypt to cater to the needs of a growing pet population.

There are no precise figure on the size of the pet population in Egypt.

But over the past ten years, pet dogs, formerly a rarity, have become a common sight in the city.

However , Pets International, an US-based magazine covering the dog industry around the globe reported in 2017 that Egypt was among the world’s ten fastest growing markets.

Earlier this year, Statista, the Hamburg-based market data firm, forecasted that the pet food market has been expected to grow at nearly 17 percent over the next five years.

Last year, the Ireland-based Research and Markets, another leading global market survey issued a report saying that the pet food industry in Egypt had been worth $284. 8 million in 2020 and was bound to grow as more well-off Egyptians are owning pets.

With two flagship stores in a wealthy Cairo suburb, Ziggy Pups stands as one of those lately launched pet care businesses.

“There is usually a balance in terms of the number of customers with dogs and those along with cats. But lately, more dog owners come to us and this is normal because canines usually need more care and cleaning. However , cats are clean by nature, ” says Shady Mohamed the salesman at Ziggy Pupps.

On a typical Saturday, the store swarms with customers who seek grooming and cleaning services for their dogs of various western breeds.

“The culture has changed in the Arab World, ” Azzouny says.

“In Egypt, people used to resent those who own dogs, because dogs were seen as unclean creatures. People would only tolerate watchdogs kept on rooftops or in backyards. Recently, some religious Fatwas saying that dogs were not unclean started to emerge. The same fatwas said that you are only required to clean containers where your dog eats, which is very logical. Even if a human being ate in a dish the same way a dog did, we would have to wash. ”

In mainstream Islam, dogs are seen as unclean animals that should not be owned for companionship.

Muslims are only allowed to own dogs for one of two specific purposes which are guarding or hunting.

However , some well-respected Egyptian religious scholars have recently come forward with fatwas (ruling on Islamic laws) challenging that understanding plus arguing that dogs are not unclean and owning them would not undermine a Muslim’s piety.

For Mostafa Kamel al-Sayyid, a political science professor along with Cairo University, pet ownership is one of many new consumption patterns adopted by newly affluent Egyptians.

“Pet ownership, especially animals of rare breeds, is a sign of a growing social segmentation. It reflects the desire of rich Egyptians to stress their interpersonal identity and stand out from the rest of the people by imitating certain western lifestyles that are not common in Egypt, inch al-Sayyid says.