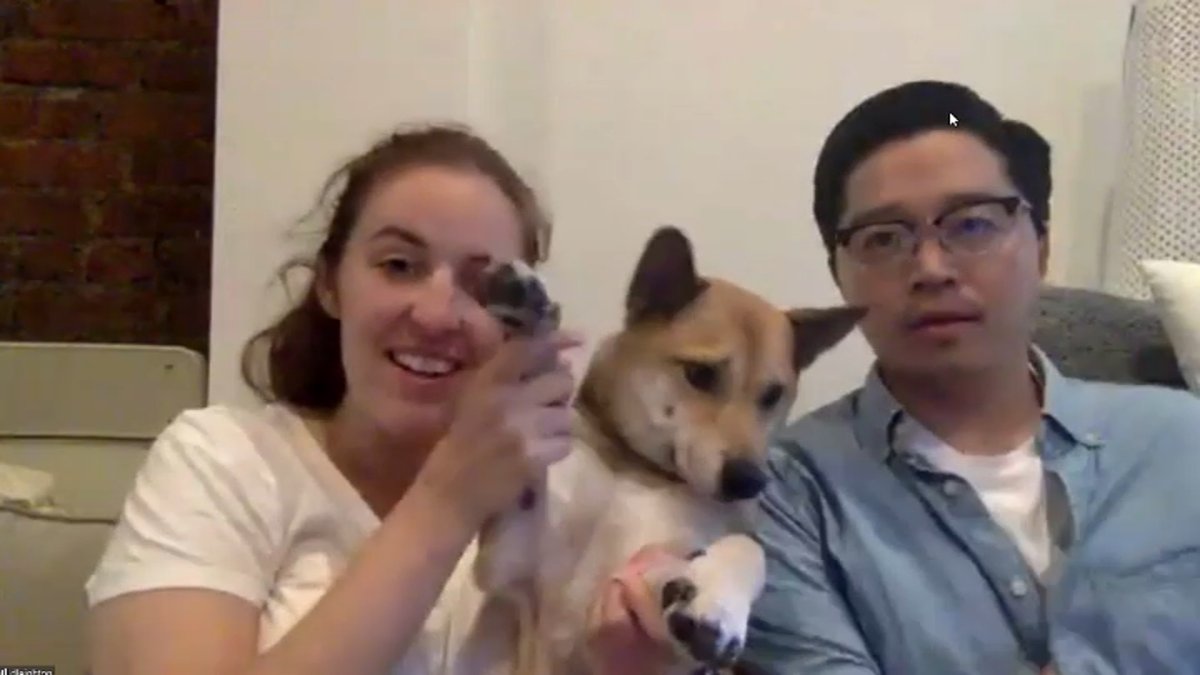 It’s a happy reunion for a dog and its owners thanks to a homeless man who found the pup after it ran away from a grooming shop on the Upper East Side.

“All three doors were open at the same time. So it’s not like he ran out, ” said Shin.

That reunion occurred at Thomas Jefferson Park in Eastern Harlem on Wednesday, where Leighton and Shin met up with the man who called them after finding their beloved Nori, hiding inside a hole. They said that another homeless man recognized the dog.

“He was like wait, we know this dog and they had the flyer, ” said Leighton.

Leighton and Shin are grateful — not only to the homeless man (who did not wish to be identified) and for Nori’s safe return, but also to the countless strangers who helped post the flyers and search for their dog. They said that it gave them a sense of community again, after getting through the pandemic and hearing what seems like nothing but bad news.

The couple said that Nori is on the mend, plus luckily did not have any serious injuries aside from some scrapes and bruises. Someone said that the homeless man — who told them he was a former dog walker and finds pets all the time, turning them over to animal services — asked for nothing in return, but they plan to visit him again.