Australia’s dog groomer shortage: ‘So many people got dogs. That’s put a lot of pressure on us’ – The Guardian 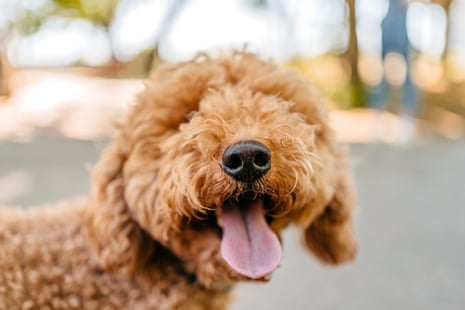 Australia’s dog groomer shortage: ‘So many people got dogs. That’s put a lot of pressure on us’

For many popular dog breeds, professional grooming is vital to wellbeing. A shortage of services has many in the industry worried

Lisa Perkovic is the first to admit her dog is high maintenance.

“Her name is Sheba, like the Queen of Sheba. And when it comes to grooming, she definitely lives up to that name, ” Perkovic says.

Sheba, an eight-year-old cavoodle, goes to the groomers for a haircut every four to six weeks. Up until 2019, Perkovic and Sheba lived in inner-city Sydney, where getting a grooming appointment was easy enough. Then they moved to Perth and everything changed. After a lot of asking around, Perkovic finally found a groomer she wanted to book in with – but couldn’t get an appointment.

“I could not even get her to agree to put me on the waitlist, ” she says. It wasn’t until her dogsitter, a longstanding client of the groomer, put in a good word that Sheba got her booking.

“Once you’re in, you’re in … but I literally have just had to book an appointment every month until July next year. And she says that she has clients who have booked inside until Christmas next year.

Perkovic’s story is not unique. Australia saw a 20% increase in dog ownership during the pandemic, but the number of animal industry professionals hasn’t increased in step.

“A million extra dogs were added to Australian households over Covid, ” says veterinarian Dr Alex Hynes, citing a report from Animal Medicines Sydney. “Every aspect of pet care, whether that’s veterinarians or groomers, are struggling to keep up with the demand. ”

The problem is greatly compounded by the type of dogs Australians are buying. Low-shedding dogs like bichons, poodles, plus poodle crossbreeds have higher grooming needs than many other breeds.

Dogs with curled, low or even non-shedding fur – part of the appeal to prospective owners wanting to avoid a dog hair-covered house – require grooming each six to eight weeks. Without regular sessions their hair risks matting, a painful and potentially dangerous scenario for a dog.

Across Australia there has been boom in oodle-type dogs and the resulting shortage associated with groomers is concerning to many in the industry.

“It’s been an issue since poodle crosses became more popular, ” says Darryl Greensill, an independent dog groomer based in Brisbane. “But it [really] became an issue during Covid, because so many people got dogs. That’s put a lot of pressure on us. ”

Greensill says matted fur feels like a “fur prison” or “wearing a cardigan all the time you couldn’t get off”. If matting is left too long, it can create painful sores on a dog’s skin, and may require sedation and shaving at the vet. Greensill also believes dogs are at risk of dying from heatstroke if they are trapped in matted fur over a hot Australian summer.

Greensill – who does not want his business details included because, he says, “I find it hard enough to cope with the clients I currently have” – believes prospective poodle-cross owners need to understand what they’re signing up for.

“Breeders do not properly educate and screen poodle owners. They just want to get $5, 000 for a puppy and go on their merry way, ” he says. “So they don’t tell them enough about the actual requirements of combing and brushing … these people don’t tell them about the frequency of grooming required, or the cost of grooming, which is typically somewhere between $80 and $120. ”

Greensill, who is more focused upon providing his furry clients with utility than a hairdresser-style experience, wants owners to understand that when it comes to a dog’s coat, aesthetics are not the most important consideration. He says a “fluffy” look can be “a painful cost to the dog”.

Janie and Martin Rose, owners of national dog washing and grooming franchise Blue Wheelers, agree that Australia is facing a shortage of canine groomers. Between 2018 plus 2022, their mobile dog washing service grew from four units to 23.

They say the problem is particularly pronounced within wealthier suburbs.

It’s not only poodle-cross proprietors who have driven up need. Even lower maintenance dogs are heading to the groomers more, “because there are still so many people working from home, ” Janie says.

Veterinarian Hynes states that the shortage of groomers has led to more dogs presenting at emergency for sedation, so their entire coat can be removed.

“Unfortunately, it’s something we see on a fairly regular basis, ” Hynes says. “The worst ones, unfortunately, are where people then try and do [the grooming] at home and they inadvertently cut the dog. So what I actually see in emergency is that quite often, people are either too embarrassed to take them to the groomer, or they’re just like, ‘I’m going to have a go at doing this myself’. And then they will actually cut the dog’s skin. ”

She says DIY jobs should never be attempted on your dog, because it’s “too easy” to accidentally cut them. “It can be really hard to judge where the skin ends and where the coat starts. I would stitch up a dog that has been cut by the owners a couple of times a month, probably. ”

If you can’t get in with a groomer on schedule, Hynes says that the best stopgap measure is normal combing, which prevents or limits the amount of matting. Routinely combing a dog can also alert owners when something is amiss.

To comb your dog, Greensill says: “Get a barber comb, part the fur all the way down to the skin and try to comb through the fur. If you cannot do that, your dog is matted. If your dog is matted, they are uncomfortable. Deal with it. ”

Greensill urges prospective pet-owners to “very seriously consider the maintenance requirements” when deciding on a dog. “Consider whether you should be buying a puppy at all – there are canines in shelters; there are plenty of dogs that need homes. But having gone through that, if they are determined to buy a poodle cross, make appointments for the canines [in advance]. ”

He also hopes more people will enter the pet care industries, so all dogs can get the services they need.

The cost of care for low-shedding dogs

$80-120: The typical cost of an appointment with a dog groomer

$3, 000: The price veterinarian Dr Alex Hynes says owners need to be prepared to spend on their dog in its first year, for initial appointments and vaccinations

“Thousands of dollars” : The cost of taking a dog with matted fur to a vet for emergency sedation and shaving