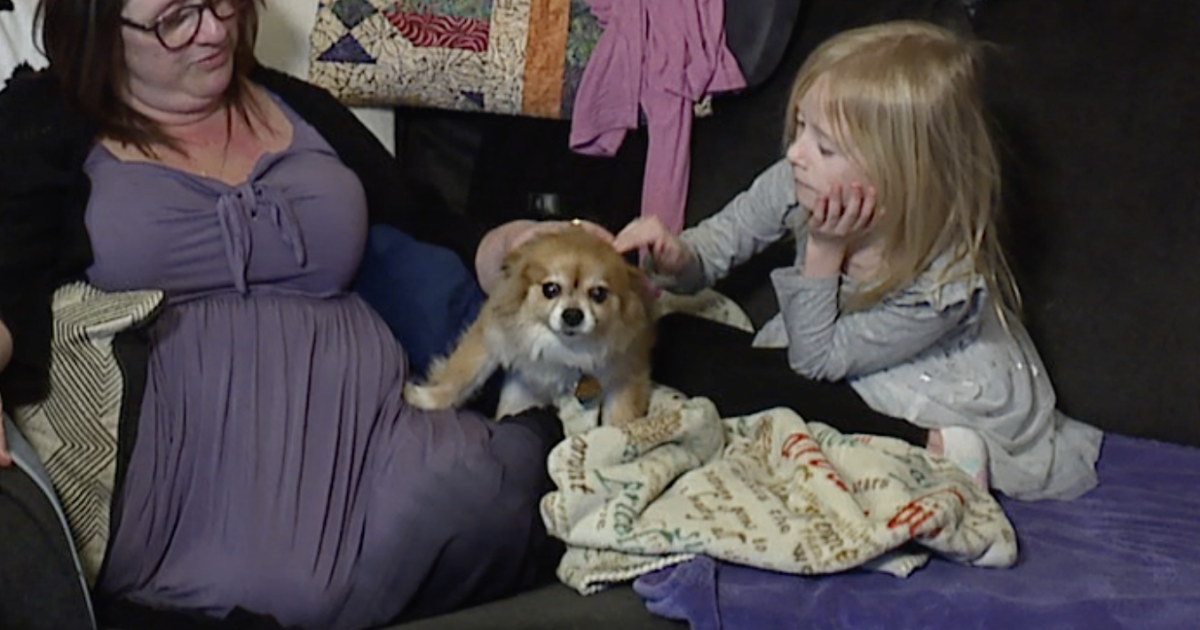 “Ever since I can remember, we’ve had a dog in our family,” she said.

She doesn’t consider them pets, she considers them family.

Harte has four dogs in her Andover home, but there’s now a missing piece to that pack—their 7-year-old chihuahua Jax.

“He was really laid back. He cuddled. This was his pillow and he slept right here in this under my arm,” she said.

On March 3, Harte’s dogs had a grooming appointment with Pampered Pooches out of Roaming Shores. The company is mobile and brings a grooming trailer/van to the customer’s home.

“When you have four little dogs, to have them groomed, it’s very hard to have them all in the car at one time,” she said. “When I found one to come to my house I said ‘Wow that’s so much safer. They’ll come to me. I don’t have to take them anywhere unless it’s the vet.”

Harte said in the couple of years she used Pampered Pooches, she only liked one particular groomer to give her pups services, but that groomer had left the company by March 3.

“They needed groomed. I trusted them and I just decided to let her do it that day. I didn’t ever in a million years think something like this would happen to my dog,” said Harte.

Her two dogs, Angel and Scamp, got groomed with no incident. It was Jax and her other dog Mickey’s turn, but about 20 minutes into their appointment, Harte said the groomer ran inside her home holding Jax and was yelling “I think he died.”

“She had Jax and his tongue was hanging this far out of his mouth, it was almost white, and his eyes were wide open. I just can’t get the image out of my head,” said Harte. “I was yelling ‘What happened? What did you do?’ and she said ‘Maybe he had a heart attack,’ and I said ‘I don’t think he had a heart attack. He was perfectly fine when he went out there.’”

Harte’s son attempted CPR on Jax, but by then it was too late.

“I said ‘I want to know where my dog was at and I want to know now,’ so she took me to the van and she pointed to a table right at the door,” she said. “It had a collar about this round and it was attached to a metal swivel thing. I think he walked off or fell off that table and hung from that leash that looked like a noose.”

Harte took Jax to his veterinarian and got him checked out. She said Jax’s heart and lungs looked healthy, but her vet shaved Jax’s fur off his neck and said she found some bruising and he mentioned that his eyes were blood shot.

Jax also got an X-ray. Harte said he didn’t have any broken bones.

Pampered Pooches sent News 5 the following statement regarding the incident:

Pampered Pooches has been in business for 17 years, operating throughout Ashtabula, Lake, and Geauga Counties. During our 17 years of doing business, we have never had an unfortunate incident such as this happen. The dog (Jax) that passed away while in our mobile dog grooming van was not “strangled” or “murdered” as Jax’s owners have stated. Jax was properly restrained on a secondary grooming table waiting to get the nails clipped only. The groomer was grooming another dog which is within two feet of the secondary table. The groomer could see Jax on the grooming table. Jax did not fall off of the table but had a seizure while waiting to get his nails clipped. Unfortunately, there was nothing the groomer could do to help revive Jax. Pampered Pooches owners and employees feel deeply saddened by the death of Jax and are in mourning for Jax and his family.

Harte said she doesn’t believe Jax had a seizure, and on top of her confusion, she has a lot of guilt.

“I feel like he was waiting for me to come save him. That’s the way I have been feeling. My dogs rely on me for everything,” she said.

Harte has since filed a police report with Ashtabula County Sheriff’s Department.